ARE YOU 21 OR OLDER?
YES NO
To find out more about responsible consumption, visit The Century Council. By using this site, you agree to our Privacy Policy and Terms of Use of use. 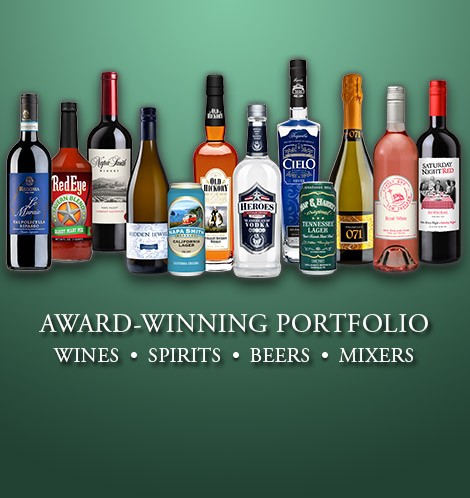 R.S. Lipman Brewing Company is the parent company for Hap & Harry’s Brewery located in Nashville, TN, and Napa Smith Brewery, situated on the banks of the Napa River, in Vallejo, CA.

Hap & Harry’s Tennessee Beer: Hap Motlow, of the legendary Jack Daniel family from Lynchburg, TN, used to tell his friend Harry Lipman, “To make great whiskey, you gotta make great beer.” As the first distributor of Jack Daniel’s Tennessee Whiskey after the repeal of prohibition, Harry passed this lesson down through the generations of Lipmans, who still remain in the beverage alcohol business to this day. Hap & Harry’s Tennessee Beers honor the friendship these two men shared over a half-century ago. Brewed in Nashville, TN, Hap & Harry’s Beers revisit the time in America when the freshest beer came from local breweries. H&H beers are crafted in a style that can be enjoyed on any occasion. They are free of preservatives and adjuncts, and use only the finest grains. Crisp, full-bodied, and with a clean finish, Hap & Harry’s Tennessee Lager and Tennessee Ale are a true representation of American beers. HapAndHarrys.com

Napa Smith Brewery: Located in California’s Bay Area, Napa Smith is a family-owned and operated brewery that upholds the classic beer style that gave American craft beer its start. Inspired by generations of experience, Napa Smith is surrounded by the influential culture and uncompromised quality of the greatest wineries in the world. With balanced recipes made from fresh west coast ingredients, Napa Smith beers are meticulously crafted with the quality level that is universally Napa. Each beer label features iconic California imagery evoking the unique California history and lifestyle. As for Napa Smith, our story begins and ends as your Private Reserve of Craft Beers. NapaSmithBrewery.com